SALEM, Ore. — A Salem businessman has given $10,000 so each inmate in the Oregon State Penitentiary has $4.11 for Christmas.

The $4.11 is their share of a gift from a man who is adamant about remaining anonymous and about how the money was to be distributed, said Chane Griggs of the Oregon Department of Corrections.

Corrections officials initially talked to him about using the money to remodel the visiting area in the Salem prison, she said, but he said not all inmates get visitors.

"He was specific that he wanted it to be to each inmate," she said. The man doesn't have any connection to the prison system or to anyone serving time, Griggs said.

The money goes into the inmates' personal spending accounts, redeemable only at the prison canteen, she said.

One busted in FWB drug raid


FORT WALTON BEACH —
Lawmen hit the apartment complex at about 2 p.m. in a surprise strike, allowing the Daily News to ride along. Sheriff’s Lt. Arnold Brown said each of the targets in the building was a known “smoke house.”

Aarry Glendale Robinson, 24, has been charged with selling crack cocaine. He lives on Evans Street in Niceville, but frequents the Corvet area, investigators say.

Outside the apartments, lawmen dismantled loose air intakes and emptied the trunks of suspect’s cars, searching for evidence. They found trace amounts of crack, including some in dozens of plastic baggies littering the ground.

Inside, children screamed while the adults were questioned.

“The police bum-rush their house and these kids don’t understand what’s going on,” Brown said.

The drug investigation is ongoing.

A growing number of political pundits are questioning America's military efforts in Iraq and Afghanistan, and some are beginning to draw parallels to lawmakers' much longer domestic war effort: the so-called war on drugs. The comparison is apropos.

For nearly 100 years, starting with the passage of America's first federal anti-drug law in 1914, lawmakers have relied on the mantra "Do drugs, do time." As in the Middle East, the human and fiscal consequences of this inflexible policy have been steadily mounting.

America now spends nearly $50 billion dollars per year targeting, prosecuting, and incarcerating illicit-drug users. As a result, the population of illicit-drug offenders now behind bars is greater than the entire U.S. prison population in 1980. Since the mid 1990s, drug offenders have accounted for nearly 50 percent of the total federal prison population growth and some 40 percent of all state prison population growth. For marijuana alone, law enforcement currently spends between $7 billion and $10 billion dollars annually targeting users -- primarily low-level offenders -- and taxpayers spend more than $1 billion annually to incarcerate them.

Despite these unprecedented punitive efforts, illicit drugs remain cheaper and more plentiful than ever. (Who ever heard of crack, ice, Ecstasy, GHB, or Special K 30 years ago?) Among children, the percentage using illicit drugs is little different than it was in 1975, when the government first began monitoring teen drug use (though, comparatively, adolescents' use of cigarettes has fallen dramatically during this time). Illicit-drug use among adults has also remained virtually unchanged; however, far more users are overdosing and dying from substance abuse than ever before.

Americans are also dying in greater numbers a result of drug-war enforcement. For example, members of Georgia's narcotics task force shot and killed 92-year-old Kathryn Johnston in November 2006 during a no-knock drug raid of her home. Two officers in the raid eventually pled guilty to manslaughter and admitted that they planted drugs in Ms. Johnston's house as a cover story for their actions.

A similar fate befell 44-year-old housewife Cheryl Noel of Baltimore, who was shot and killed by police in 2005 during a 5 o'clock a.m. "flash-bang" raid of her home. Noel's husband and 19-year-old son were later charged with possession of marijuana and drug paraphernalia.

Nevertheless, despite the drug war's growing expense and civilian casualties, lawmakers continue to offer few, if any, strategies other than to stay the course. Such a mindset is epitomized by the outgoing House Drug Policy Subcommittee chairman, Mark Souder (R­Ind.), who authored federal legislation to withhold financial aid from convicted drug offenders, recently pushed for the use of mycoherbicides as biological agents to kill drug crops overseas, and continues to publicly lambaste drug czar John Walters for employing an oversoft (in Souder's opinion) drug-war battle-plan. The families of Kathryn Johnston and Cheryl Noel would most likely beg to differ.

However, in contrast to politicians who call for a review of the U.S. military's Middle East policies, few lawmakers are demanding a timetable to bring about a cease-fire to the war on drugs -- or are even calling for a reduction in the number of "troops" ( i.e., narcotics detectives, DEA agents, et cetera) serving on the front lines. They ought to. If American lawmakers want to take a serious look at the United States's war strategies, let them begin by reassessing -- and ending -- their failed war here at home.

Paul Armentano is the senior policy analyst for NORML and the NORML Foundation in Washington, D.C. He may be contacted at paul@norml.org


A car, a home, a gallon of milk — most everything costs more now than a generation ago. Except a baggie of Mexican marijuana.

Give or take a few dollars, authorities say, pot grown in Mexico and sold in Houston and other Texas cities still goes for about the same price as 25 years ago: $60 to $80 for an ounce.

In economic terms, marijuana is far cheaper since the decade when a three-bedroom home in upscale West University cost $150,000, a new ride was less than $6,000 and first lady Nancy Reagan urged kids to "Just Say No."

"I guarantee you it is probably cheaper than it was back in the day," said Lt. Gray Smith of the Houston police narcotics division. "Since I've been in the dope business, it has been pretty much the same," he said of prices during 20 years of monitoring sales.

Boys caught with walnuts... and marijuana

Throwing walnuts at a cop is never a good idea... especially when you're carrying a bag of marijuana.

Two teenagers were arrested in Bayonne and accused of throwing walnuts at a cop who was standing outside his patrol car after making a traffic stop.

While Bayonne Police Officer Chester Konopka was questioning the two boys - ages 16 and 17 - about the walnuts, they each dropped a clear bag containing suspected marijuana, police reports said.

The two teens were charged with juvenile delinquency, aggravated assault on a police officer, and possession of marijuana under 50 grams, and released to their parents pending a court hearing.

WASHINGTON, Dec. 18 (Xinhua) -- Cases of brutality inflicted by U.S. police officers are on the rise, according to Justice Department statistics revealed by USA Today Tuesday.

Cases in which police and other law enforcement authorities used excessive force or other tactics, violating victims' civil rights, have increased by 25 percent from 224 in the 2001 fiscal year to 281 in the fiscal year 2007, according to the statistics.

The cases involve only a fraction of the estimated 800,000 police officers in the country, but they reflect concerns that reduced standards, training and promotion of less experienced officers into the higher ranks could undermine supervision of police conduct.

For the past few years, dozens of police departments across the country have scrambled to fill vacancies.

The recruiting effort, which often features cash bonuses, has intensified since 9/11, as many police recruits have been drawn to military service.
Editor: Yan Liang

The investigation led to the discovery of an Adderall capsule in a student's backpack that was not prescribed to the student.

Two 17-year-old male students were arrested and booked at the Douglas County Youth Center. One faces a charge of possession with an intent to deliver marijuana. The other was booked for possession of a controlled substance.

Officers also ticketed five other students for possession of less than 1 ounce of marijuana.

excerpt:
"Sarkozy discussed the hostage drama with Pope Benedict XVI at the Vatican on Thursday, and has received Chavez at the presidential palace in Paris."
full story 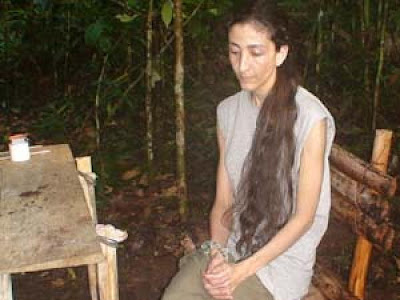 RYE - Steven Caspi sat in the parking lot of Rye Middle School early on Dec. 12, 2004, waiting for his teenage son. When he saw the flashing lights of police cars on Boston Post Road, he hoped nothing had happened to Andrew.

A short while later, a sergeant came by and told him to go to police headquarters. There, Caspi caught a glimpse of his son but mostly remembers hearing him.

"He was really quite hysterical. He was screaming, 'You can't do that. It's police brutality,' Steven Caspi recalled. "And then I saw him. His face looked like Rocky in the 10th round. I was appalled."

Andrew Caspi was arrested that morning, accused of scuffling with police as they tried to detain him. The 17-year-old's face was bloodied, he suffered a broken bone under his left eye, his collarbone was injured, and some teeth were loosened.

An attempt to smuggle drugs into a Swedish jail failed miserably on Saturday when a lump of hashish landed on a prison guard's head, Norrköpings Tidningar reports.

Staff at Norrköping prison said that the hash probably wasn't intended to hit the guard.

But so far none of the prisoners had staked a claim for the airborne narcotics.

"A lump came out of the sky. It was just less than a hectogram (3.5 ounces)," said police spokesman Lars Engström.

Police scoured the area around the prison but were unable to find the person who had thrown the marijuana missile.

The guard did not require treatment for the lump on his head.

"The illegal status and wide-spread use of cannabis made basic and clinical cannabis research difficult in the past decades; on the other hand, it has stimulated efforts to identify the psychoactive constituents of cannabis. As a consequence, the endocannabinoid system was discovered, which was shown to be involved in most physiological systems – the nervous, the cardiovascular, the reproductive, the immune system, to mention a few." 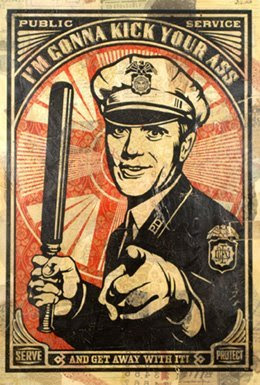 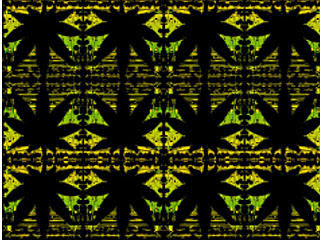 Atlanta's police chief announced more than 140 personnel changes in the department, including replacing the entire narcotics unit that was scandalized last fall by the shooting death of a 92-year-old woman during a drug raid. 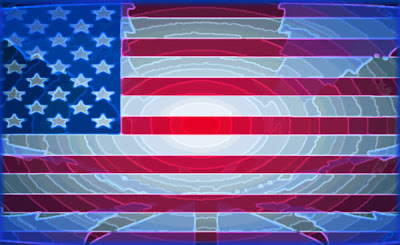 Pigs On The Wing


Video from helicopter where trainee is learning to slaughter farmers in Afghanistan.
Mix by Terry

Oh Canada, where smokers get a break

Posted by Manuel Lora at May 7, 2007
blog.lewrockwell.com

I went to Ottawa with my wife over the weekend and we bumped into a a small rally for the legalization of pot there (we later found out that it was the Global Marijuana March). The march was peaceful and really nothing special...except for a "small" detail. There cops seemed to be perfectly ok with this. They even followed (escorted?) the group to a park close to Parliament Hill. Can you imagine this happening in the United States? I would expect to see the local and heavily militarized police department converge on these pot-smoking monsters with helicopters and tanks and putting them in the darkest of jails for their own good. They would probably not hesitate to pull the trigger at the slightest resistance.

Totalitarianism need not evoke images of faraway lands and funny looking dictators dressed in army uniforms. It has arrived.

The eight were among 13 prison employees who had already been fired from the 605-inmate medium and minimum security at the Hendry Correctional Institution in the Everglades. The previous warden and an assistant warden resigned, and three others were reassigned after an inmates was beaten and choked by guards in March.

"These former employees were involved in a series of dehumanizing and degrading behaviors," McDonough said.